Shock is a common problem in the intensive care unit, requiring immediate diagnosis and treatment. It is usually defined by a combination of hemodynamic parameters (mean blood pressure <60 mm Hg, systolic blood pressure <90 mm Hg), clinical findings (altered mentation, decreased urine output), and abnormal laboratory values (elevated serum lactate, metabolic acidosis). The first step is to identify the cause of shock, as each condition will require different interventions. The overall goal of therapy is to reverse tissue hypoperfusion as quickly as possible in order to preserve organ function.in Banjara hills, Jubilee hills, Ameerpet.

Hypovolemic shock occurs as a result of decreased circulating blood volume, most commonly from acute hemorrhage. It may also result from heatrelated intravascular volume depletion or fluid sequestration within the abdomen. In general, the greater the loss of whole blood, the greater the resultant risk of mortality. However, it is important to note that other factors can influence the outcome of hypovolemic shock including age, underlying comorbidities (e.g., cardiovascular disease), and the rapidity and adequacy of the fluid resuscitation.

Lactic acidosis occurs during hypovolemic shock because of inadequate tissue perfusion. The magnitude of the serum lactate elevation is correlated with mortality in hypovolemic shock and may be an early indicator of tissue hypoperfusion, despite near-normal–appearing vital signs. The treatment of lactic acidosis depends on reversing organ hypoperfusion. This is reflected in the equation for tissue oxygen delivery shown here. Optimizing oxygen delivery to tissues requires a sufficient hemoglobin concentration to carry oxygen to tissues. Additionally, ventricular preload is an important determinant of cardiac output. Providing adequate intravascular volume will ensure that stroke volume and cardiac output are optimized to meet tissue demands for oxygen and other nutrients. If, despite adequate preload, cardiac output is not sufficient for the demands of tissues, then dobutamine can be employed to further increase cardiac output and oxygen delivery.

Sepsis is a life-threatening organ dysfunction caused by a dysregulated host response to infection. In the United States, approximately 750,000 cases of sepsis occur each year. The mortality associated with sepsis ranges from 30% to 50%, with mortality increasing with advancing age. Although complex, the pathophysiology of sepsis involves a series of interacting pathways involving immune stimulation, immune suppression, hypercoagulation, and hypofibrinolysis. Cardiovascular management plays an important role in the treatment of sepsis and septic shock. Hypotension occurs because of failure of vasoconstriction by vascular smooth muscle resulting in peripheral vasodilation. Cardiovascular resuscitation has been demonstrated to be an important determinant of survival in patients with septic shock. In addition to cardiovascular management, appropriate initial antimicrobial treatment of patients with sepsis also appears to be an important determinant of patient outcome. Table 3.1 provides the new consensus definitions for sepsis and septic shock.

Cardiogenic shock occurs when there is inadequate circulation and compromised organ perfusion primarily due to cardiac dysfunction. Low cardiac output, despite adequate or even elevated filling pressures is the defining feature of cardiogenic shock. If untreated, this results in a failure of global oxygen delivery to meet oxygen consumption, resulting in tissue hypoperfusion, which leads to multisystem failure and death. Cardiogenic shock is characterized by prolonged hypotension (systolic blood pressure [SBP] <90 mm Hg for at least 30 minutes) in the setting of decreased cardiac output (typically <1.8 L/min/m2 without support and <2.2 L/min/m2 with support) despite adequate left ventricular (LV) preload (LV end-diastolic pressure >18 mm Hg and/or pulmonary artery occlusion pressure >15 mm Hg). Cool, mottled extremities; altered mentation; and oliguria are clinical manifestations of systemic hypoperfusion. These signs may not always be present, however, it is important to note that low cardiac output and mild hypotension are not cardiogenic shock without evidence of end-organ hypoperfusion. The mortality rate from cardiogenic shock remains high despite advances in revascularization and hemodynamic support strategies. Among patients hospitalized with an acute myocardial infarction (AMI) complicated by cardiogenic shock, the 30-day mortality rate remains between 40% and 50%, despite the increasing rates of early reperfusion by rimary percutaneous coronary intervention (PCI) and advances in temporary mechanical support.

It is important to note that shock can develop even when the LV EF is not severely depressed (>30%), suggesting that there are other factors contributing to the development of end-organ hypoperfusion. Further support of this notion comes from data demonstrating that in many cases of AMI with shock, systemic vascular resistance (SVR) can be unexpectedly low, as a consequence of an associated systemic inflammatory response syndrome (SIRS). This response is initiated by myocardial necrosis and hypoperfusion and is associated with high levels of cytokines and systemic/vascular nitric oxide, which have both negative inotropic and vasodilatory effects, contributing to end-organ hypoperfusion.

Shock is more likely to develop in the setting of AMI among patients who are older, female, and those who have more comorbid conditions (diabetes, prior known CAD, history of cerebrovascular disease, history of renal insufficiency, and pre-existing heart failure). Cardiogenic shock can Complicate ST elevation MI or non-ST elevation MI and it is more common in patients with anterior location of MI. By angiography, the left anterior descending artery is most commonly the culprit vessel, but patients with cardiogenic shock frequently have multivessel CAD. Signs and symptoms of cardiogenic shock usually develop after hospital admission (median, 6.2 hours after initial MI symptoms) and the majority of patients develop shock within the first 24 hours of AMI. A significant minority (~25%) of patients may develop cardiogenic shock after 24 hours, possibly due to recurrent ischemia. It should be noted that a subset of cardiogenic shock patients who present with poor cardiac output and evidence of systemic hypoperfusion but without frank hypotension has been described. These so-called normotensive cardiogenic shock patients have a lower mortality than their hypotensive counterparts (43% vs. 66%, respectively) but their risk of death is still much higher than AMI patients without hypoperfusion.

Prompt recognition of cardiogenic shock is essential for management, as timely and appropriate treatment can significantly reduce mortality. Patients with low blood pressure (BP) (<90 mm Hg) should be quickly assessed for the presence of pulsus paradoxus (suggestive of cardiac tamponade), signs of congestive heart failure (elevated jugular venous pressure, pulmonary edema, and S3 gallop), and evidence of end-organ hypoperfusion (cool, mottled extremities; weak pulses; altered mental status; and reduced urine output). A careful cardiac examination should be performed to assess for the presence of valvular disease or mechanical complications. It is important to keep in mind that in the setting of low cardiac output, the murmurs of mitral regurgitation, critical aortic stenosis or insufficiency may be diminished or virtually inaudible, therefore prompt imaging with an echocardiogram is often necessary. An electrocardiogram should be obtained without delay to look for evidence of acute ischemia or infarction, and to assist in triage for emergency reperfusion when indicated. Serum cardiac biomarkers should be measured at presentation and serially to diagnose acute myocardial injury even when the electrocardiogram is nondiagnostic. Obtaining rapid echocardiography is imperative and should be performed as soon as possible to assess for LV or right ventricular (RV) dysfunction, valvular pathology, and to exclude AMI-related mechanical complications (papillary muscle rupture, ventricular wall rupture, and ventricular septal defect) or cardiac tamponade, given that primary therapy for such conditions requires immediate invasive treatment, such as emergency surgical intervention.

When the etiology remains unclear, bedside pulmonary artery catheterization can be helpful in differentiating cardiogenic from other forms of shock. However, in cases of shock due to suspected acute myocardial ischemia or infarction, such studies should not delay definitive evaluation by left heart catheterization and coronary ngiography. In addition to assisting with diagnosis, pulmonary artery catheter monitoring can help guide the use of vasopressor and inotropic medications and gauge hemodynamic stability, which allows for early implementation of additional support when necessary. This is particularly useful to guide treatment in patients with pre-existing cardiomyopathy and chronic heart failure who present with “mixed” shock (cardiogenic, septic, and hypovolemic shock).

The primary driver of cardiogenic shock, except when the aforementioned mechanical complications are present, is impaired LV function. Patients with cardiogenic shock require immediate intervention to stabilize their hemodynamics and interrupt the viscous cycle of tissue hypoperfusion. This can limit the development of multisystem organ failure and irreversible organ damage. These patients typically need intensive care level of monitoring with central venous access, continuous monitoring of arterial pressure and urine output, and often mechanical ventilation. In general it is important that patients are treated in a hospital environment where advanced management options, such as PCI, mechanical circulatory assist devices, and cardiac surgery are readily available. Optimal management of cardiogenic shock is directed by the etiology of myocardial injury, a crucial concept that is discussed in the following sections.

Similar to any patient with an acute coronary syndrome, patients with cardiogenic shock who have evidence of acute ischemia or infarction should receive full-dose aspirin and early consideration of an adenosine diphosphate (ADP) receptor blocker, unless contraindicated. Thienopyridines may be withheld until coronary anatomy is defined and the possible need for emergent surgical intervention has been determined, given the potential for increased perioperative bleeding. Once plans are made to proceed with PCI, thienopyridines should be administered as early as possible. Beta blockers and angiotensin-converting enzyme (ACE) inhibitors should be avoided until hemodynamic stability is achieved. In the absence of overt pulmonary congestion, as seen in shock due to RV infarct and failure, fluid resuscitation may help reverse hypotension and maintain adequate perfusion. Systemic hypotension may initially require treatment with vasopressors, although the lowest dose needed to support organ perfusion should be used as these agents can increase afterload and oxygen demand for the failing myocardium. The evidence guiding first-line pressor selection in cardiogenic shock is limited, however, both norepinephrine (starting dose, 1 to 40 mcg/min) and dopamine (starting dose, 5 to 20 mcg/kg/min) can be used and titrated to hemodynamic effect. Depending on the dose, dopamine has combined inotropic and vasopressor effects and can theoretically improve renal perfusion by mesenteric vasodilation at low doses. A downside of dopamine utilization is the high rate of tachyarrhythmias that can occur. Of note, dopamine was associated with a significantly higher rate of adverse events and of 28-day mortality compared with norepinephrine in a recent subgroup analysis of 280 patients with cardiogenic shock randomized to either therapy. Other options include the combination of an inotrope, such as dobutamine, with norepinephrine to improve cardiac output. In general, milrinone should be avoided during the acute phase of cardiogenic shock due to its potential to worsen hypotension and to accumulate with renal dysfunction. As mentioned previously, AMI with cardiogenic shock may be associated with SIRS and relatively low SVR. In this setting, traditional measures of cardiogenic shock treatment, such as inotropes, that involve decreasing SVR and increasing cardiac output may not always be beneficial. If a patient develops refractory hypotension despite the use of pressors and inotropes, temporary mechanical circulatory assist devices may be necessary. 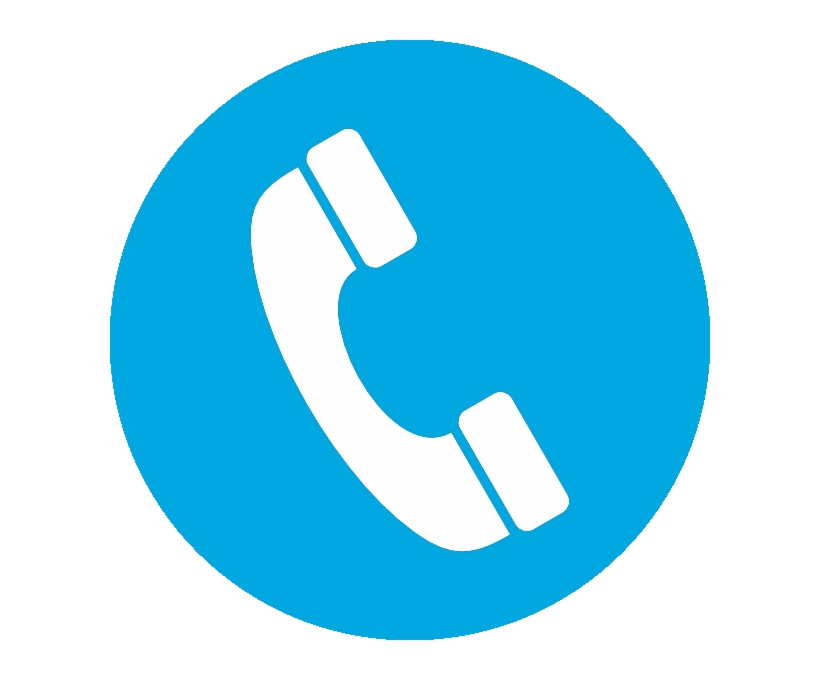